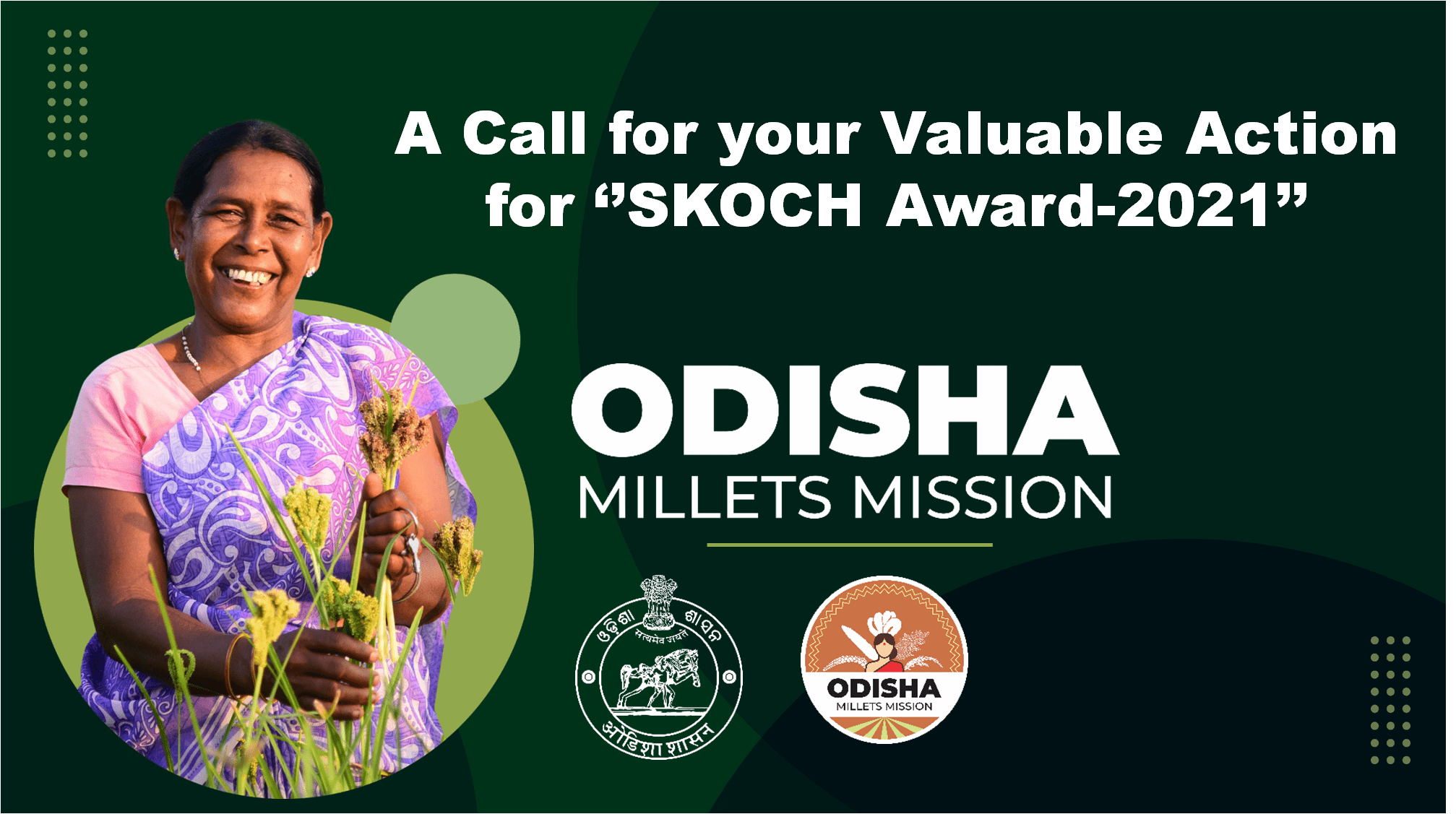 Odisha Millet Mission is a wonderful initiative taken by the Government of Odisha which has created a place in the heart of the tribal farmers of Odisha. It started in the year 2017 and till now it has not turned back. I must say it is the efforts taken by all the stakeholders involved in this journey of the Odisha Millet Mission.

The long-term focus and objectives were very clear from the beginning. If you are new, let me recall all the objectives set by Odisha Millet Mission.

Strategies for Improving the Productivity of Millets:

The area under Millet cultivation in Odisha is improving and also the productivity has increased manyfold. Farmers are following good agronomic practices like System of Millet Intensification in Finger Millet. The farmers are supported by incentives for following SMI and Line Sowing/Line Transplanting.

The best part of Odisha Millet Mission is that the farmers are getting assured market prices for their produce. The procurement of Ragi is carried out under Mandi System. This year Farmer Producer Organisations(FPOs) and WSHG will be involved in the procurement process. Previous year about 2 lakhs quintal of Ragi was procured from farmers and this year targeting 4 lakh quintals.

Millet processing is really a tedious job and a lot of drudgeries are involved in it. To address it Ragi Threshers were given to the Women Self Help Groups, and also Millet processing units are installed for getting better and quality millet products.

Nutrition has become mainstream in different agricultural activities and Odisha Millet Mission is ensuring it by supplying Ragi under Public Distribution System, including millets in ICDS and Mid-day meals program.

The Government of India has asked all states to adopt the Odisha Millets Mission model for the promotion of millets, pulses, and oilseeds.

The Niti Aayog, Government of India has chosen Odisha and Karnataka as two progressive models for the promotion of millets and will facilitate the learnings from these states for other states.

The Governor of Maharashtra has asked the Government of Maharashtra to explore initiating a project on millets considering the Odisha Millets Mission.

The Government of India has set up a task force to understand the framework of the Odisha Millets Mission and to revise the National sub-mission on millets based on the learnings of the OMM.

Cambridge University partnered with Odisha Millets Mission to explore the possibility of the design of OMM as an alternative to the Green Revolution framework.

UN-IFAD and UN-FAO have supported the framework of Odisha Millets Mission as suitable for taking up agroecological initiatives.

Please put your valuable vote for the great initiative and I am sure that your action will bring more happiness to all the stakeholders involved in this project. Requesting you to first REGISTER and then Vote.

Author: Tapas Chandra Roy, A Certified Farm Advisor on Millets, ‘Promoting Millets from Farm to Plate’. In a mission to take the forgotten grains- ”Millets to Millions”.

5 thoughts on “A Call for your valuable Action for SKOCH Award: Odisha Millet Mission”